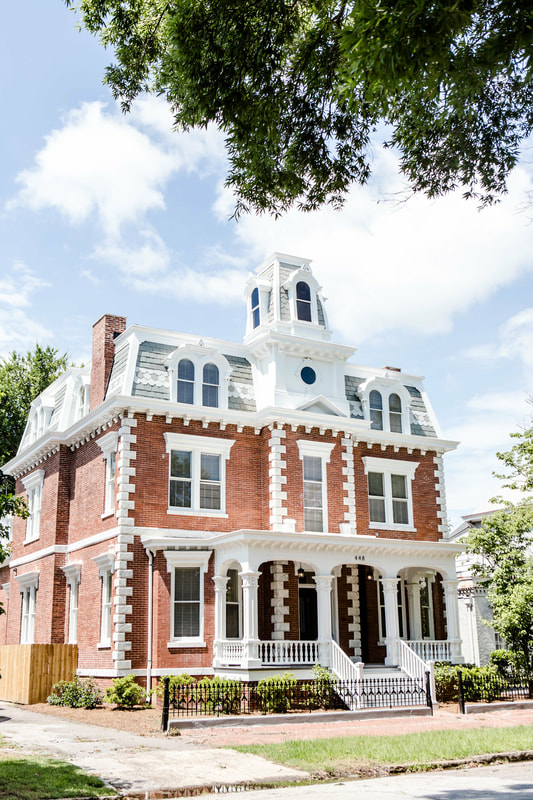 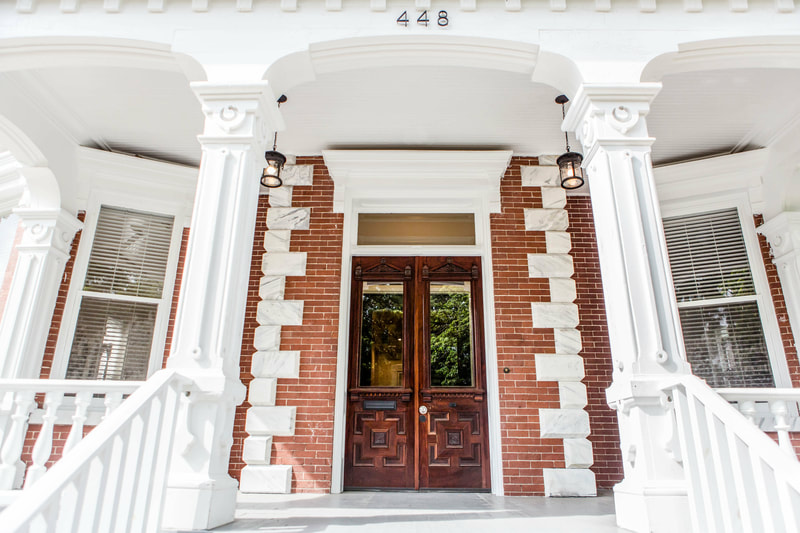 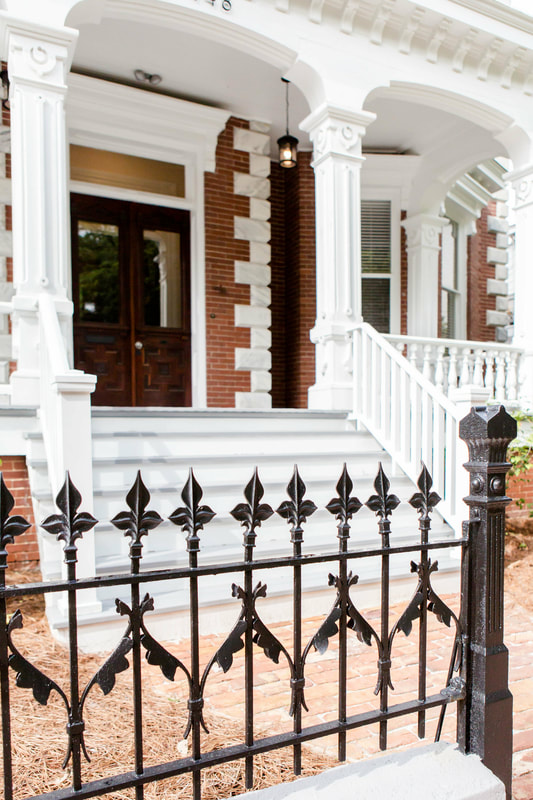 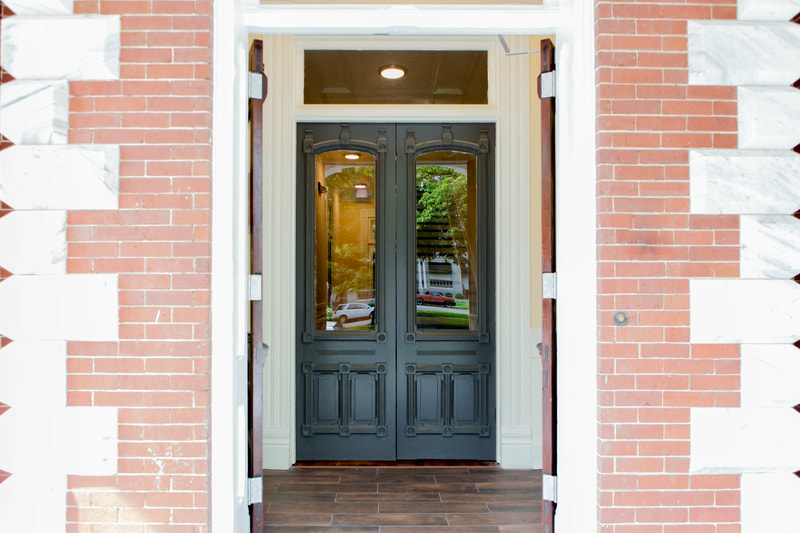 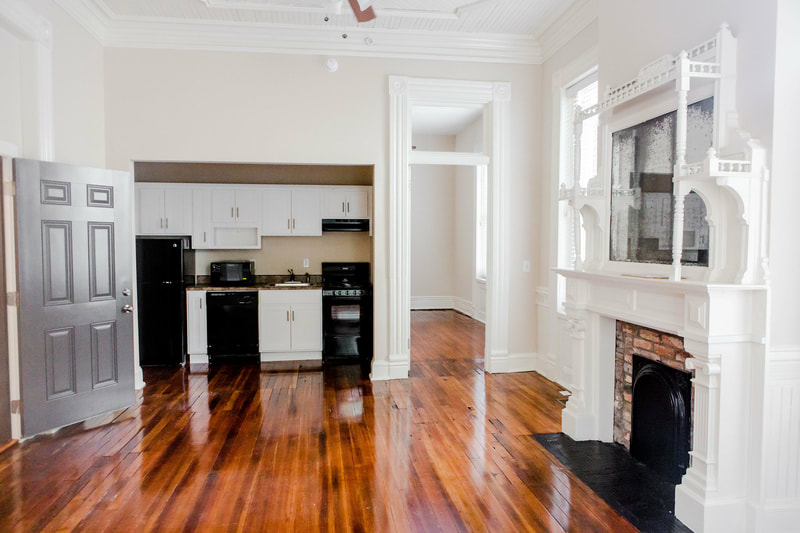 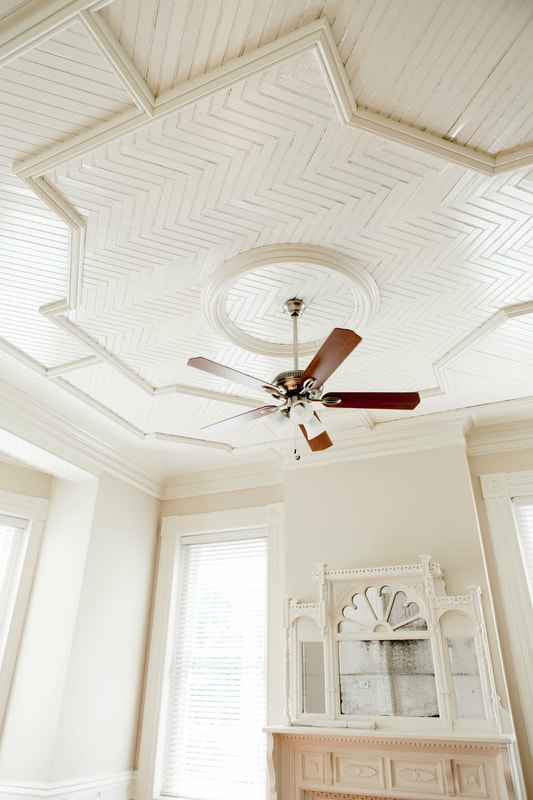 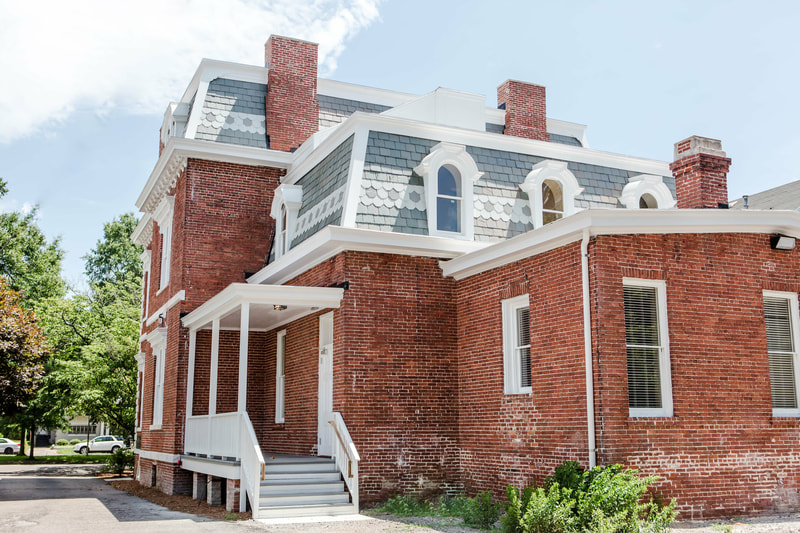 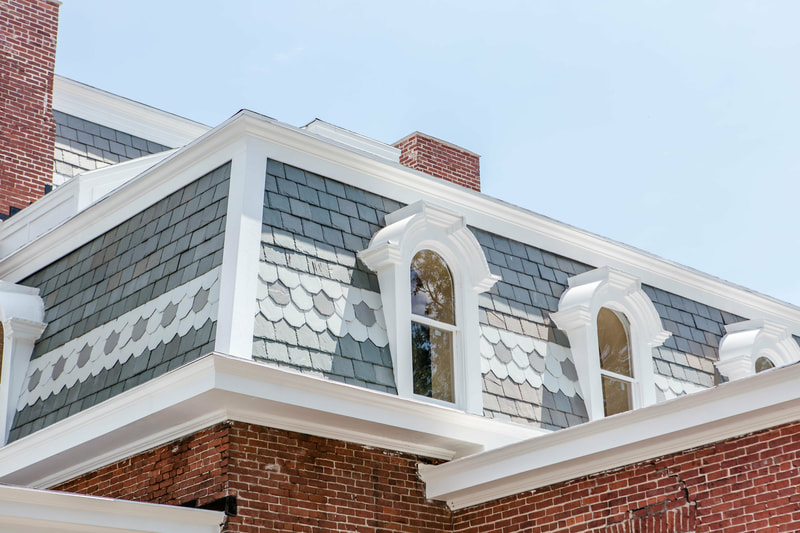 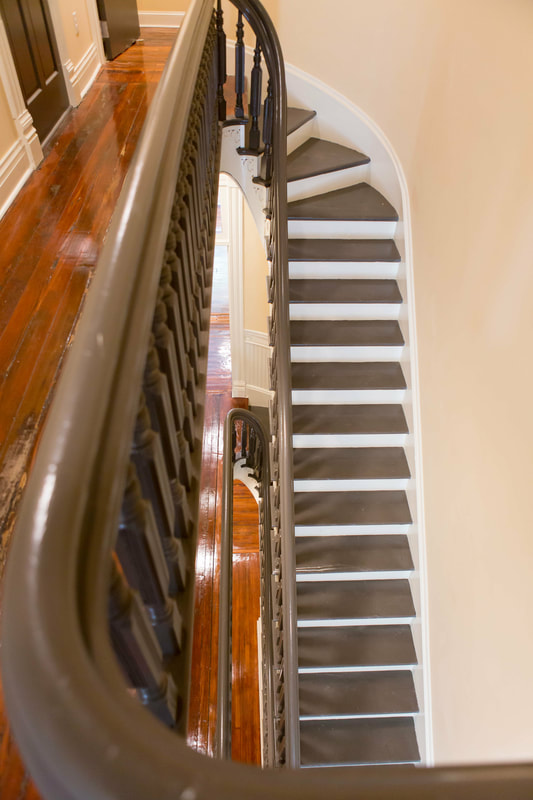 Photo credit:  Amy Owen Photography
The Daniel House, located at 448 Greene Street, was built in 1888.  The house is one of several existing large homes that represents Greene Street's developmental history as the premier residential corridor for some of the city's most influential and affluent citizens.  The overall condition of the property was fair to poor; while the exterior masonry walls were structurally sound, years of neglect resulted in significant water damage to interior walls, floors, and window sashes.  The house's existing floor plan translated nicely to accommodate the ten (10) income producing apartments that were created as a result of the rehabilitation.  Many original character defining features were retained and restored including the original windows, massive central staircase, ornate fireplace mantles and moldings, decorative wooden ceilings on the first floor, and existing historic interiors doors.  The impact of the preservation and rehabilitation of the Daniel House is far reaching.  Most importantly, the rehabilitation has saved a historic resource from an uncertain future which likely would have been demolition.
​(Historic Augusta, Inc is pleased to nominate The Zachariah Daniel House, 448 Green Street, for a Preservation Award)