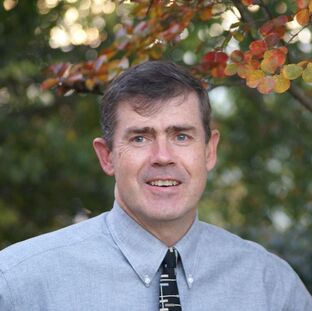 Samuel "Dee" Beaird is a graduate of Clemson University, where he received his Bachelors in Science (1986) and Masters of Architecture (1988). During his time in graduate school, Dee was fortunate enough to spend 5 months living in Genoa, Italy, as part of Clemson's Study Abroad Program. He is registered in the states of Georgia and South Carolina.

As one of the three principals at Studio 3, Dee manages many of the firm's design projects, working closely with staff to ensure the highest quality design and production of each project. He manages the firm's public work, including projects for churches, schools, libraries, and government facilities.
Dee enjoys his involvement in community and professional organizations. He has worked as a trustee with his church, Aldersgate United Methodist Church, and has served three terms as President of the Augusta Chapter of the American Institute of Architects. Dee is also an active member of the Rotary Club of Augusta. In his free time, Dee enjoys playing golf and tennis, spending time with his family, and Clemson football games.